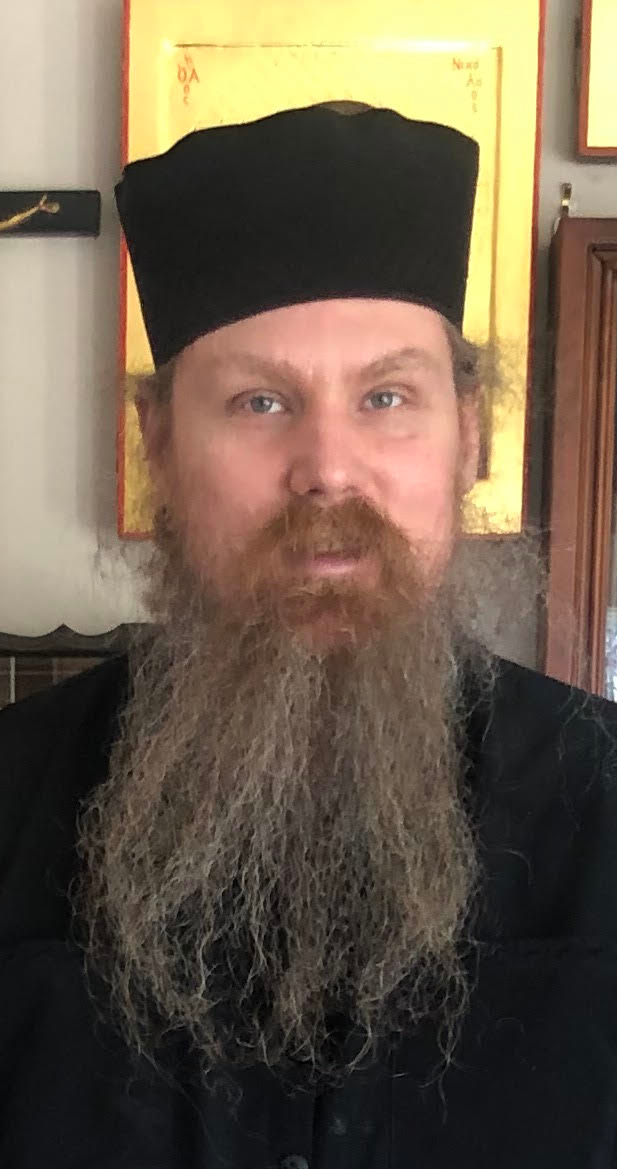 Brother Christos is a born renaissance man, with activities from inspired keyboard improvisation to making a four-dimensional maze, from writing A Dream of Light to a Myst-like souvenir from Cambridge, and more.

He has had a lot of being in the right place at the right time, and started his first and now most extensive website at cjshayward.com, within a year or two of the web's founding. His preserved works at the Internet archive are as old as the archive itself.

In recent years he has increasingly focused on being a student of Orthodox patristics, and more specifically asking what is good for man, and more specifically than that, how to navigate a technology-laden maze when many mainstream options are ultimately counter-productive. His magnum opus, called The Luddite's Guide to Technology, looks at the maze and how to navigate it in a many-sided way, and over half of the preferred introduction to his works, C.J.S. Hayward in Under 99 Pages, are pulled from his extensive works on technology and man. Likewise, his autobiography is titled, Orthodox Theology and Technology: A Profoundly Gifted Autobiography.

With years, the transformational nature of the Orthodox spiritual path has helped him to grow, and part of that growth is being deeply calm, a contagious calm that settles on those around him, and has had some people wanting to be with him so that part of the calm will rub off onto them. For them he wrote Calm.

And he always meeting some of his readers, and you are invited to contact him.